How to build blazing fast REST APIs with Node.js, MongoDB, Fastify and Swagger

How to build blazing fast REST APIs with Node.js, MongoDB, Fastify and Swagger

Presumably no web developer is a stranger to REST APIs and the challenges that architecting an effective and efficient API solution brings.

In this tutorial we are going to address all of the above using a combination of Node.js, MongoDB, Fastify and Swagger.

The source code for the project is available on GitHub.

Check out a video on the lifecycle of an API here

You should have some beginner/intermediate JavaScript knowledge, have heard of Node.js and MongoDB, and know what REST APIs are.

Below are some links to get you updated:

The Technology we will be using:

It is a good idea to open the above pages in new tabs, for easy reference.

You will need to have the following installed:

You will also need an IDE and a terminal, I use iTerm2 for Mac and Hyper for Windows.

Initialise a new project by opening your terminal, executing each of the following lines of code:

In the above code, we created two new directories, navigated into them, created an index.jsfile and initialed our project via npm.

You will be prompted to enter several values when initialising a new project, these you can leave blank and update at a later stage.

Once completed, a package.json file is generated in the src directory. In this file you can change the values entered when the project was initialised.

Next we install all the dependancies that we will need:

Below is a brief description of what each package does, quoted from their respective websites:

nodemon is a tool that helps develop node.js based applications by automatically restarting the node application when file changes in the directory are detected.

nodemon does not require any additional changes to your code or method of development. nodemon is a replacement wrapper for node, to use nodemon replace the word node on the command line when executing your script.

To set up nodemon, we need to add the following line of code to our package.json file, in the scripts object:

Our package.json file should now look as follows:

Fastify is a web framework highly focused on providing the best developer experience with the least overhead and a powerful plugin architecture. It is inspired by Hapi and Express and as far as we know, it is one of the fastest web frameworks in town.

Swagger documentation generator for Fastify. It uses the schemas you declare in your routes to generate a swagger compliant doc.

boom provides a set of utilities for returning HTTP errors.

Setup up the server and create the first route!

Add the following code to your index.js file:

We require the Fastify framework, declare our first route and initialise the server on port 3000, the code is pretty self explanatory but take note of the options object passed when initialising Fastify:

The above code enables Fastify’s built in logger which is disabled by default.

You can now run the follow code in your src directory in your terminal:

Now when you navigate to http://localhost:3000/ you should see the {hello:world} object returned.

We will get back to the index.js file but for now let’s move on to setting up our database.

Start MongoDB and create the model!

Once MongoDB has been successfully installed, you can open a new terminal window and start up a MongoDB instance by running the following:

With MongoDB, we do not need to create a database. We can just specify a name in the setup and as soon as we store data, MongoDB will create this database for us.

Add the following to your index.js file:

In the above code we require Mongoose and connect to our MongoDB database. The database is called mycargarage and if all went well, you will now see MongoDB connected... in your terminal.

Notice that you did not have to restart the app, thanks to the Nodemon package that we added earlier.

Now that our database is up and running, we can create our first Model. Create a new folder within the src directory called models, and within it create a new file called Car.js and add the following code:

The above code declares our carSchema that contains all the information related to our cars. Apart from the two obvious data types: String and Number. We also make use of a Map which is relatively new to Mongoose and you can read more about it here. We then export our carSchema to be used within our app.

We could proceed with setting up our routes, controllers and config in the index.js file, but part of this tutorial is demonstrating a sustainable codebase. Therefore each component will have its own folder.

The above may seem like a little much to take in, but it is actually really simple.

~ We require boom to handle our errors: boom.boomify(err).

~ We export each of our functions which we will use in our route.

Each function is wrapped in a try / catch statement. Learn more here.

Take note of the code on line 31: const car = new Car({ …req.body }) This makes use of the JavaScript spread operator. Learn more here.

Take note of the code on line 42: const { …updateData } = car This makes use of the JavaScript destructuring in conjunction with the spread operator. Learn more here.

Other than that, we make use of some standard Mongoose features used to manipulate our database.

You are probably burning to fire up your API and do a sanity check, but before we do this, we just need to connect the controller to the routes and then lastly connect the routes to the app.

Create and import the routes

Once again, we can start by creating a folder in the root directory of our project, but this time, it is called routes. Within the folder, we create an index.js file with the following code:

As you can see, each route consists out of a method, a url and a handler, instructing the app on which function to use when one of the routes is accessed.

The :id following some of the routes is a common way to pass parameters to the routes, and this will allow us to access the id as follows:

Putting it all together and testing our API

Now that we have most of our parts constructed, we just need to connect them all together to start serving data via our API. Firstly we need to import our routes that we created by adding the following line of code to our main index.js file:

We then need to loop over our routes array to initialise them with Fastify. We can do this with the following code, which also needs to be added to the main index.js file:

Now we are ready to start testing!

The best tool for the job is Postman, which we will use to test all of our routes. We will be sending our data as raw objects in the body of the request and as parameters.

** The services appear to be empty, but the information does in fact persist to the database.

We now have a fully functional API — but what about the documentation? This is where Swagger is really handy.

Adding Swagger and wrapping up.

The above code is an object with the options which we will pass into our fastify-swagger plugin. To do this, we need to add the following to our index.js file:

And then we need to add the following line after we have initialised our Fastify server:

And that is it! If you now navigate to http://localhost:3000/documentation, you should see the following:

As simple as that! You now have self updating API documentation that will evolve with your API. You can easily add additional information to your routes, see more here.

Now that we have a basic API in place, the possibilities are limitless. It can be used as the base for any app imaginable.

In the next tutorial, we will integrate GraphQL and eventually integrate the frontend with Vue.js too! 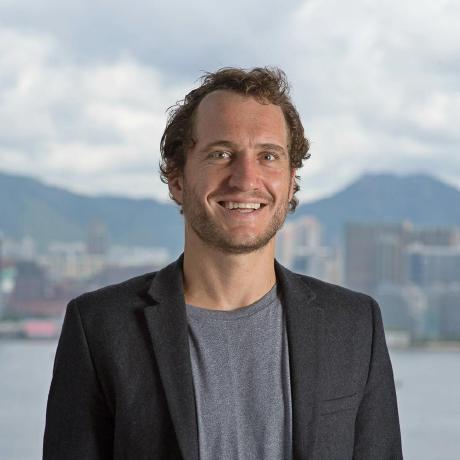 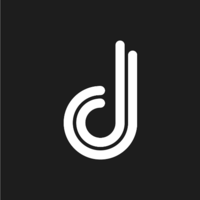