My Childhood: From "Hello World" to Computers & Programming

Computers. They’re a ubiquitous part of the 21st century. Smartphones, iPods, tablets, laptops, desktops, televisions, modern vehicles, appliances, cameras, traffic lights, and innumerable other machines function because of some form of computer technology. In addition, the answer to countless questions are only a quick search away via the internet. Even for complex questions that have yet to be solved, the internet acts as a conduit for knowledge and information to begin the problem-solving process. At 28 years old, I have grown alongside the evolution of digital technology my entire life, but was born at a time when personal computers and home internet access was, for the most part, just beginning. I was able to witness the transformation of our society in the Information Age from one with little internet accessibility to one where the world has become more interconnected than ever before. The internet evolved from a small, budding collection of pages on the World Wide Web during my childhood, to a massive network of over 75 million servers and over 8 billion devices in my twenties. The formative years of public internet access and personal computers ran parallel with my own, a correlation unique to my generation.

My name is Austin and my mission is to learn to code and start a career in software development. I have created this blog (Feb. 2018 note: this was a reference to my former blog before I started writing on Medium) as a way to document and share my progress. This first post briefly describes where my interest in computer programming arose, how I arrived at where I am now, and how I plan to move forward. What better place to begin this story than with my first computer?

My earliest memories of using a computer are from when I was very young. In 1992, at four years old, my childhood friend and I attended a preschool “Computer Tots” program where we used Macintosh computers to play games such as Oregon Trail and Number Munchers. Soon after, my dad purchased my family’s first home computer in 1993, an IBM PS/1 with the latest graphical operating system, Windows 3.1. It came fully loaded with a massive 4 MB of RAM (yes, that’s MB, not GB) and an awesome 3 ½ inch floppy disk drive (an upgrade from 5 ¼ inch floppy disk drives). I probably owe my early interest in computers to my parents’ decision to purchase one and allow me access to it regularly so young. I can also blame my continued preference to use the mouse with my left hand, despite being right-handed, on my dad’s placement of the mouse on the left side of that first computer. I quickly moved beyond Oregon Trail to games like Grammar Games, Treasure Cove, and Zookeeper — a game where you used clues to capture cartoon animal kidnappers. I’d also play around with simple Windows applications like Paint, Notepad, Minesweeper, Calculator, and even venture into DOS.

Not long after the computer arrived, my dad installed AOL and I heard the static of a dial-up modem connection for the first time. I remember him showing me how an e-mail worked and thinking it was so incredible how a message could be sent seemingly instantaneously across any length of space. My grandfather, a veteran of WWII with a lifetime interest in mechanical, audio/visual, and radio technology was amazed, something I didn’t fully appreciate or understand at the time.

Some of my early childhood computer games.

As I got older, the family computer progressed to newer models and operating systems every five years or so. I continued to mainly use the home computer for gaming, searching the internet, and typing homework assignments for school. I had my first experience using HTML when I was 13 years old and soon created a number of simple websites. In high school, I took webmaster and programming courses. At age 15, I learned how to code BASIC using the QBasic IDE for an intro to computer programming course. For the final project of the course, I created a story game called Murder Mystery where the player gathered clues around a small town to solve a local murder. You can view and play the game on GitHub here. I later built a simple Spanish vocabulary game in BASIC to help me study on GitHub here. In my AP computer programming classes in high school, I learned how to code some basic Java. For the course, I created a word game applet in Java where the player guesses the name of countries using flags and maps as clues on GitHub here.

Screenshot from one of the first programs I coded, a game titled Murder Mystery, written in BASIC.

Screenshot from a Java program I coded in high school.

While I certainly had a great interest in programming, my attempts to learn more code went dormant for some time after I graduated high school in 2006 and as I focused all my energy towards university and later grad school. I developed a passion for both the social sciences in the form of history and the physical sciences in the form of ecology. Most importantly, I gained an appreciation for education and knowledge. I graduated from university with a degree in history with honors, cum laude, with minors in ecology, art history, and classics. I attended graduate school for history and planned to pursue a career in that field. At various periods, I spent time teaching marine biology, interning at a museum, working at a library, and processing historical documents, from medieval land contracts to 19th-century correspondence, at an archive. With the job market for history not as promising as I had hoped, I also spent several years working in research and data entry for law enforcement.

Despite the various jobs I have had since university, my history research has been a constant. I have become adept at utilizing a variety of digital databases of both historical and modern records, as well as become skilled in searching historical manuscripts, such as diaries, letters, and other documents, at physical archives. This past year, I have taken time to travel and also continue freelance historical research for clients. While this is rewarding, it is not viable as a long-term career financially. I want to secure a career path that not only provides financial stability, but also feeds my passion for learning, analytical thinking, and problem-solving. Since my childhood, I have retained an interest in computer programming. Throughout my academic and professional careers, the internet and the advancement of database applications for research has made rare documents and obscure historical data more accessible. The code that allows these various databases and applications to function has always intrigued me. I have also contemplated returning to university for a degree in computer science many times before, but was put off by the prospect of taking additional student loans to fund that path.

Austin is now on the job hunt! Reach out to him on LinkedIn if you're in the Phoenix, Arizona area! He has recently completed an immersive software development program, and is eager to get his hands dirty! 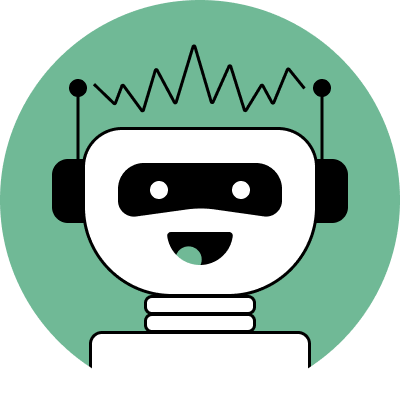