Working at Heliax: Bring Financial Sovereignty & Privacy to the World

Heliax is a blockchain R&D and product development company leveraging cutting-edge research in zero-knowledge cryptography, programming language theory, and distributed ledger technology to build the Anoma protocol. Anoma is a sovereign, proof-of-stake blockchain developed by Heliax that enables private, asset-agnostic cash, and bartering among any number of parties.

The company is remote-first and is composed of cross-disciplinary researchers and engineers located around the world.

We asked Awa Sun Yin, the Co-Founder and Product Development Lead at Heliax to tell us more details about this fascinating project and the team behind it.

What are some challenges that Heliax aims to solve?

Heliax builds tools that provide individuals and communities with financial privacy and sovereignty across use cases of varying complexity, from private, asset-agnostic payments, cryptocurrency bartering, fungible tokens, and NFTs to large-scale collective action problems. Heliax aims to make these technologies and applications accessible to as diverse and broad a group of users as possible.

Can you tell us a bit about the tech stack used at Heliax?

The Anoma blockchain protocol’s reference implementation, components, and interfaces (such as SDKs), as well as the zero-knowledge cryptographic scheme libraries (such as the MASP), are implemented in Rust. Included in the Anoma ecosystem are tools that enable developers to write validity predicates with Juvix, which is implemented in Haskell. Finally, products or end-user-facing, browser-based interfaces to the Anoma network are implemented in JavaScript, whereas native applications involve Java (Android) and Swift (iOS).

If you are skilled in these technologies, take a look at their open roles here.

How would you describe the company’s culture?

Heliax comprises cross-disciplinary, international team members distributed across the globe. Many have lived or studied in foreign countries and speak multiple languages alongside English, the company language. We are a remote-first company that operates via open allocation, giving colleagues the freedom to choose what they work on while also providing them with the mechanisms and tools needed to coordinate remote projects. Pre-COVID19, we all met up in person for bi-annual company retreats, team-specific events and meetings with other researchers, developers, and builders from the blockchain industry.

How would you describe the dev team at Heliax?

Dev team members at Heliax have diverse academic backgrounds and find themselves at different stages of their studies, from undergraduates to post-docs. Areas of study include mathematics, cryptography, computer science, programming language theory, type theory, distributed systems, machine learning, and cybersecurity. Some members have gathered professional experience in the space, including: building and updating other layer1 blockchain protocols (Cosmos, Tezos, Metastate); operating security-oriented, proof-of-stake validators (Cryptium Labs); building trade and orderbook systems (the Wyvern DEX protocol); and building cross-chain communication protocols (the IBC protocol). Others have joined the team from other industries, such as game development, traditional financial systems, programming language and compilers, and cryptographic libraries. 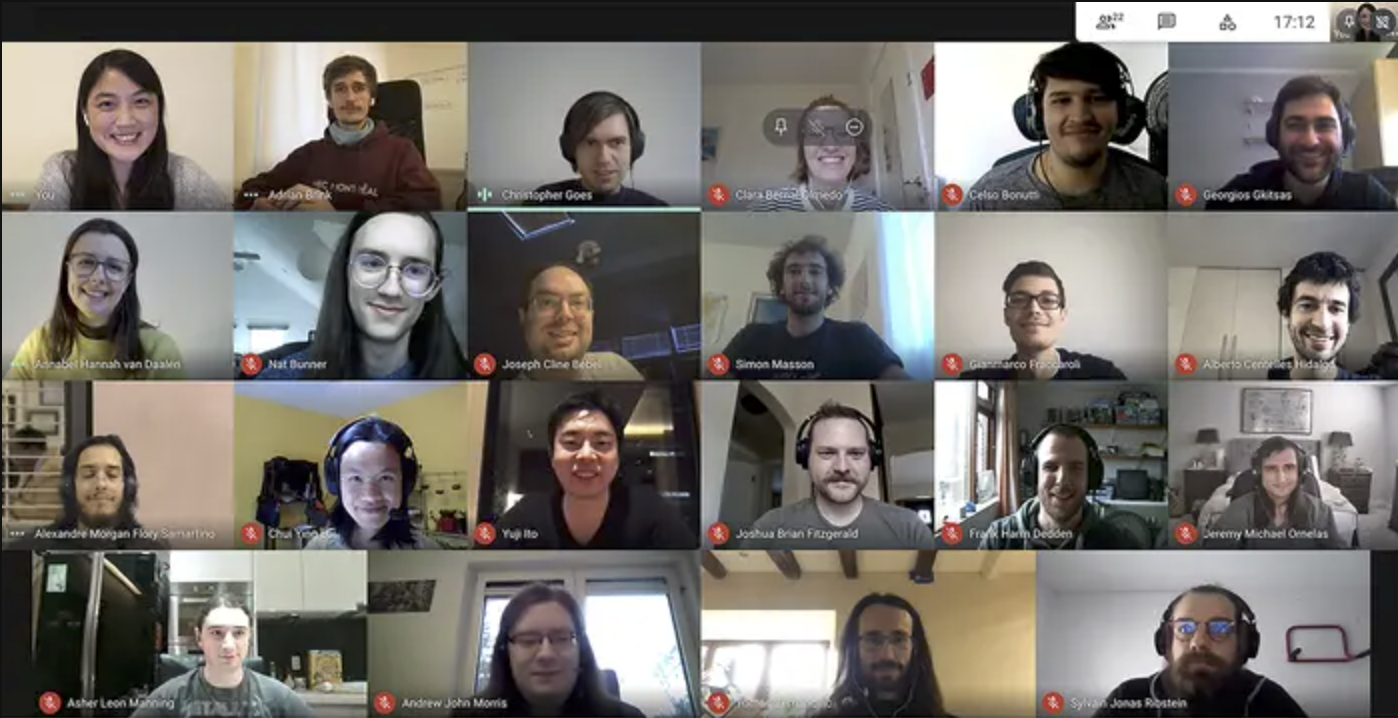 Can you tell us a bit about the interview process at Heliax?

Selected candidates are invited to take part in interviews with each of the three co-founders individually. Depending on the role, candidates may be required to submit a coding challenge (in the cases of R&D positions) or a small, role-specific exercise (in the case of other teams).

Why should someone work for Heliax?

Heliax offers candidates the opportunity to work on novel projects across cryptography, type theory, programming languages, and computer science, as well as the chance to build protocols, open-source tools and libraries that have never been built before. You will work at the vanguard of an emerging industry, shaping it as you go, and solving problems that have never been solved before.

What kind of traits would make you successful at Heliax?

Heliax team members are self-motivated, autonomous, self-organized, and proactive in their communications. They are comfortable partaking in diverse projects that include research, design, specifications, implementation, and deployment. Above all, they are excited to delve into a completely novel field, in many cases without prior experience.

If you find the company’s vision inspiring and would like to join this team of bright minds working towards bringing financial sovereignty & privacy to the world, check out their open roles here!

See other articles by Mihaela